A whopping 44% drop in number of homes SOLD

By mid-March, there were only two areas and some very specific price points gaining momentum. Homes listed in Piedmont for $1,295,000 – $1,395,000 were selling between $1,700,000 – $1,850,000. The other area was Lower Rockridge (with only three recorded sales). Outside of that, we could not answer our sellers’ questions “How many buyers are in the market for a home like ours?” It was difficult to advise sellers on the quality and urgency of the buyers since we had very limited interaction with the buyers due to extremely low inventory.

Fast forward to the last ten days in March and there were a flurry of home sales followed by another unpredictable and bizarre lull in the market. The solid traction we normally have by mid-March did not materialize until the end of April when new homes began to hit the market with regularity. This resulted in huge numbers of new listings in May and June. Still, the total listings for the year is dramatically down and we have yet to see how the next half of 2017 will fare for East Bay buyers and sellers.

Number of homes sold over $2M

The Story behind the three highest list prices in Crocker Highlands

2017 large homes sold, as seen in the analysis below, have not been as robust as this time last year. Most noteworthy, however is my record breaking sale on Ashmount, which sold for $450,000 over list, due in part to its sprawling grounds.

Guess what happens when you have a large house, regardless of its condition, if you don’t have a backyard? You must lower your list price. A backyard is the number one requirement for a buyer purchasing a big house. My seller and I at 1100 Ashmount had already agreed to our list price of $1,950,000 before the other houses came on the market at the same time. I knew that my seller’s new kitchen, huge and level park-like backyard plus a lower level family room and guest suite would take the home well into the $2M’s.

Almost every house has an issue. Sometimes it’s several steps, highway noise or a small yard. It is imperative to realistically price your home to capture the most potential buyers.

How to get top dollar when you sell your home 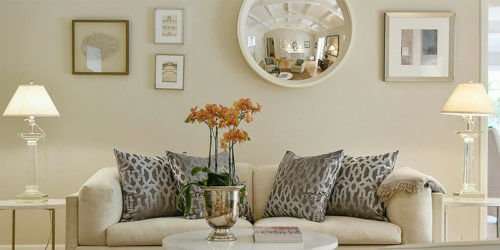 One of the stories that best illustrates this result was the renovation of a two bedroom, two bathroom home in Upper Rockridge at 5612 Maxwelton Road (no view). A neighbor of ours in Crocker Highlands referred this to me. At my initial meeting, the home had not been updated in many years and the overgrown landscaping was overwhelming the 1,600 square foot home. The seller was very knowledgeable and questioned our updating requests. He, like all sellers, wanted to know if he spent $XXXX.00 how much return on this investment would net him.

With a full-time contractor, for my listings only (yes, I have had him booked all year) and my stager who is an interior designer as well, we formulated a plan to get top dollar for this seller. The stager/decorator drove the work as related to choosing finishes for the updates and the contractor drove the demolition and work for the new kitchen, new master bath, updates in the second bath, plus new electrical and a French drain. The stager oversaw the new landscaping, painting and bringing the beautiful random hardwood plank floors back to life—plus her magical interior and exterior decor. In the end, we had 15 offers in May. Our list price was $875,000 and it broke records selling for $1,486,000. A success story that agents still talk about.

It really does take a team of professionals and an agent who has this deep reach with a full-time paid staff, professional photography, professional contractors, and a stager to bring your home to market. As the only agent in the area with a full-time marketing manager with a graphic design background, a professional marketing writer and a photographer, Anthony is able to successfully get the attention of many agents and buyers locally, nationwide and internationally. Anthony’s goal as your listing agent is to not reinvent the wheel on each listing. His goal is to have every resource in his arsenal to make the selling process go smoothly from day one for the maximum sales price.

Please call Anthony today to discuss the sale of your home whether you need improvements or not. I promise to do my best to help you obtain your maximum home sales price.

May 29, 2019
How to Downsize Easily and Effectively with Anthony Riggins
March 4, 2019
7 Ways to Build Equity in Your Home
November 19, 2018
Home Renovation Ideas – How to Renovate a House
You must be logged in to post a comment.
Menu